Parenting is a difficult job. Sometimes, I feel like I am probably the worst parent in the planet because I say “no” to my kids. I tell myself, “It’s for their own good, they’ll understand when they’re bigger”, but that doesn’t mean I don’t feel bad doing it. Then I read this article. I am glad that someone out there feels the same way.

You Can Say No

I see it again and again in my practice: parents who seem to have forgotten that they are in charge.

“You can say no,” I find myself saying to family after family. Which is kind of an amazing thing to have to say, if you think about it. You’d think that parents would know that they can say no when their child asks for yet another toy, to watch more television, to have seconds of ice cream, to stay up late or stay out past curfew.

But they don’t seem to know.

I loved the post by Emma Jenner, the British nanny, about the five reasons modern day parenting is in crisis. I couldn’t agree with her more. Parents are afraid of their kids, have lowered the bar when it comes to behavior and are using shortcuts (like smartphones to entertain their child) way too much.

Now, I’ve certainly used electronics to keep my kids occupied in a boring situation that required quiet, there are days when the bar just plain old needs to be low (we all have lived those days) and some kids with emotional or other problems need to get their way sometimes in order to cope. But these should be exceptions. I shouldn’t see parents giving in every day, but I do.

Once, many years ago, a colleague and I spent a long time getting a ball bearing out of a preschooler’s nose (no easy task, trust me). We handed it to the father. The little boy held out his hand… and the father gave it back to him. “What are you doing?” I said as I took the metal ball back from the boy. “He wanted it,” said the father.

It gets played out in so many ways. What the child wants rules, whether or not it’s a good health, safety or discipline decision. Parents don’t like it when their kid cries — which I get, but as I try again and again to explain, they cry because it works. If they know that crying won’t work — if no means no — then they stop crying a whole lot faster or don’t start at all. Parents also want their kids to like them, which I get, too; being popular with your kids and their friends is nice. But the fact that you are popular may be cold comfort when they get diabetes from obesity, do poorly in school or come home with the police one night because they were drinking (or worse).

Parenting is hard work. Being a good parent means being unpopular sometimes. It means having upset children — and plenty of unpleasant moments, including in public places. It means being exhausted, bored and really frustrated. But here’s the thing that so many parents these days don’t realize: putting in the extra work and enduring the unpleasantness makes things easier and more pleasant in the long run. Oh — and you end up with happier, healthier, better-behaved and more successful kids.

Discipline can feel harsh. But done calmly, consistently and with lots of positive reinforcement for good behavior, it doesn’t have to be. It actually can be comforting to children to know that there are limits. It makes the world smaller and safer at a time when they need it to be smaller and safer.

These parents I see aren’t lazy or dumb (not any more than any of us, anyway). They care about their kids and want things to turn out well. They just don’t know quite what to do. I think Jenner is right in pointing out that we’ve lost the village; so many parents are disconnected from family and community, all those older, experienced people who can offer advice and be role models. For so many young parents, their “community” is other parents who are muddling through alongside them, who have no more experience than they do.

So here’s what I wish all parents would remember:

1. You can say no. Practice saying with your partner (you can support each other in saying it), or to the mirror, or your pet or pillow. Practice until you can say it with conviction.

2. You are in charge. You might not be smarter than your 5th grader, but she doesn’t get to call the shots.

4. You can (and should) ask for help. Make your own village. As you fill it, include some people with gray hair who have been around the block a few times. And your doctor or nurse.

New levels on Plants vs. Zombies 2 Dark Ages are out. Time to get those zombies again. 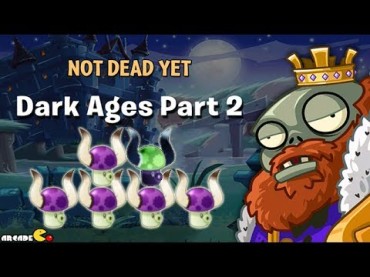 I’ve heard a lot of good reviews regarding the cakes in UCC but haven’t gotten around to trying any. When I found myself in the vicinity of a UCC Cafe, I went inside to check out their cakes. They had a wide variety of cakes, each one looking so delicious. I was choosing between the Chocolate Xanadu Cake and the BTS cake. I went with the BTS cake because it had caramel. Chocolate + caramel = what’s not to like, right? 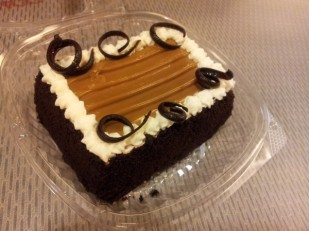 The kids and I agreed – excellent choice! The cake was light and moist, the caramel was just of the right sweetness. Now my daughter can’t wait to go to a UCC Cafe so she can order one of these.

I had planned a dinner date to celebrate my husband’s birthday. But changes in the schedules of the kids moved the date several times until today. Despite the postponement, we still had a great time. The food and the ambience were great, the company even better. 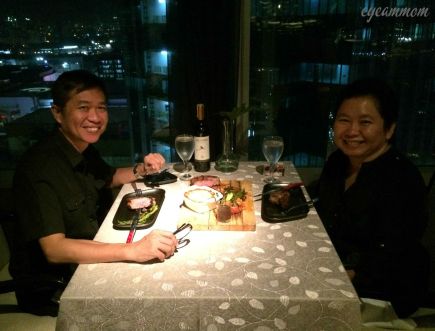 Having both a son and a daughter, I am very much conscious of trying to raise them without regard for stereotypes. They shared the same books and toys – blocks, construction sets, trucks, stuffed toys, balls. They both took up karate and violin. The preschool they went to had blue uniforms on certain days and pink uniforms on others. We always tell them that they can be anything they want to be. And for rules, what goes for one goes for the other as well. I remember growing up, my brothers were given more leniency “because they were boys”. I am determined not to let that happen with my kids. It is not easy – for one thing, my daughter has been labelled as “boyish” simply because she prefers to play with Legos rather than dolls. But we keep at it:-)

In the past few months, we would pass by the Jollibee branch near the house on our way home after hearing Mass. At the drive-through counter, our attendant would often be Jessa. She was always cheerful and smiling. We had come to expect her to be there every week. But lately, we have not seen her at the drive-through counter. So we were surprised when she was there again tonight. We found out that the reason why she wasn’t at her usual shift was that she had gone back to school. I am in awe at her perseverance. She works a shift at the fastfood chain then goes to school the rest of the time. She really wants to get an education to help her in life. I wish all young people were like her in that they value education.

We’ve been wanting to try eating at Tim Ho Wan since the branch in Megamall opened last May but the lines have always been long. Two months later, the wait is manageable – maybe 10 minutes. The restaurant looks like the usual dimsum place in Hong Kong – nothing fancy, noisy, just tables and chairs, with pieces of paper at the tables where you place your order, waiters going all around. Lack of ambience notwithstanding, the food is really excellent. The baked pork buns are delicious! The buns are sweet and light and the filling, savory. I also liked the prawn dumplings. The beancurd skin roll with shrimp was okay but was too oily for me. The vermicelli roll, I didn’t like so much. Next time, I’ll just concentrate on the pork buns and prawn dumplings. 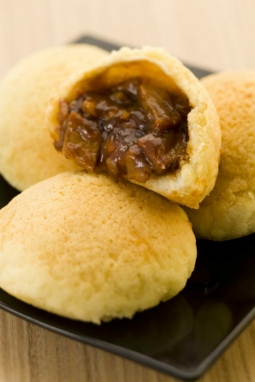 I enjoyed a leisurely brunch with Bing, a fellow officer in my son’s class. We met each other last year when our sons became classmates and busmates. This year, they found themselves still in the same class. Our daughters go to the same school too. After running some errands, we went to Army Navy for brunch.

It felt so good to talk to someone who shares the same concerns. We talked about raising kids, adolescent issues, technology and other stuff. It was the first time we had talked as long as we did. In the past, we barely exchanged a few words. It is really nice to have new friends.

Every year, my daughter’s school holds a recollection for every class starting in Grade 3. It gives them a chance to reflect on their faith, relationships, and personal matters. The students look forward to their recollection with much eagerness. I am glad that they are given this opportunity to explore their faith further and to learn more about themselves and how they interact with other people. 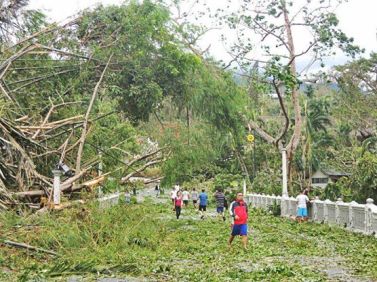 More than a week has passed since Typhoon “Glenda” exited the Philippines and still there are areas where power has yet to be restored. I have friends and family in Laguna, one of the harder hit areas, and I continue to pray for them. It has been difficult to get in touch with them, since telecom signals have been problematic and many areas have no electricity. Today, I learned that the province is slowly being cleared of debris and fallen trees and power has been restored in many areas. Though damage has been extensive, I am glad that my family and friends are safe.